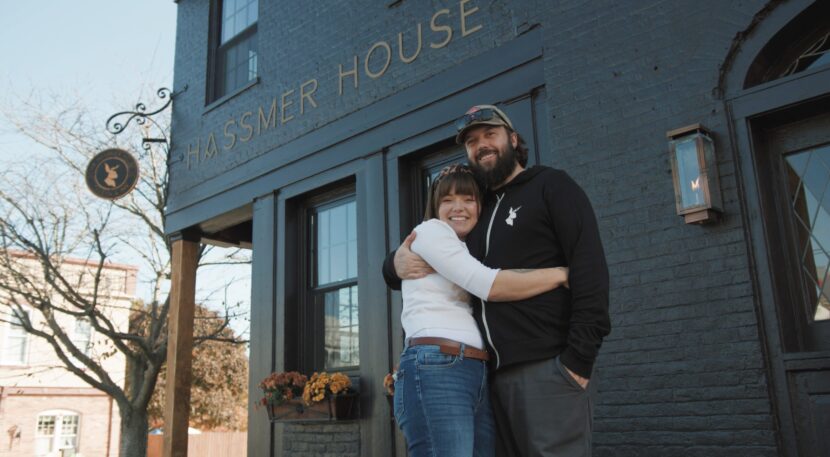 Video production grows a business when storytelling is central to the film.  To have a great testimonial storytelling video, four simple things are necessary: plot, people, places and purpose. First, a great story has a compelling plot (the classic story arch). The plot is built upon the sequence of events in a character’s life that keep the audience engaged and guessing until the very end.

Second, you need engaging people on camera to be the hero of the story. They don’t have to look like super models but they have to be able to hold the audiences attention and tell their story in a captivating manner.

Third, great places are crucial to telling a story. Visually alluring locations keep an audience entertained and contribute to the tone of the narrative. In a testimonial brand video, you film on real locations with real people, not actors. Therefore intriguing visuals matter.

And finally, you must understand the purpose of the story. What do you want the audience to think, feel and do after watching the video.

It is the purpose of the video production discovery process to determine if all four of these storytelling components are present. This happens before a script is written or a storyboard is created. If The Four P’s are not present, there is no point in proceeding to scripting and storyboarding. You don’t have the building blocks of a great story.

In this article, I will use a film that we produced, The Hassmer House & Inn Story, to illustrate how each of these four elements were identified in creating a great testimonial brand film. Below is what I discovered through a series of interviews and site scoutings. 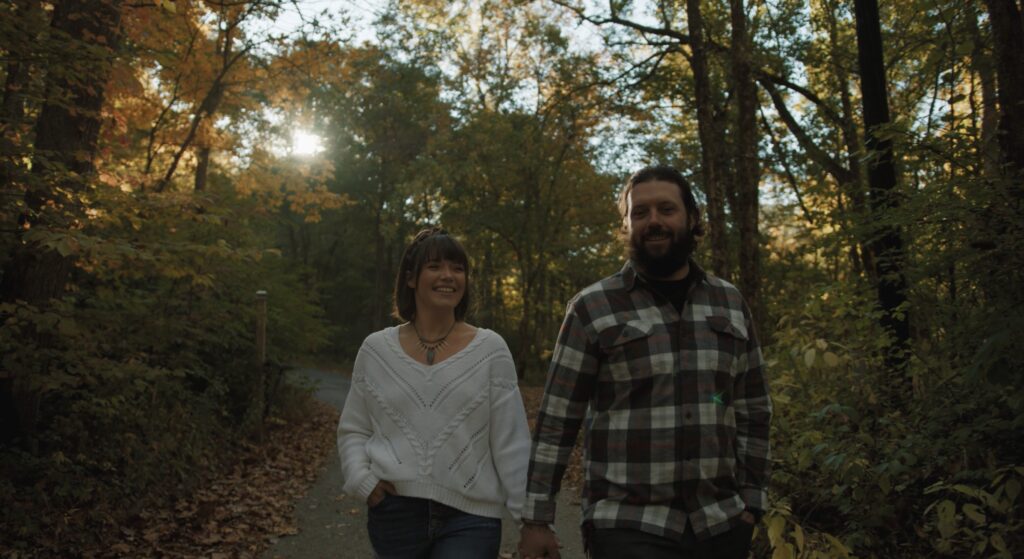 The Plot of Video Production

David & Rachael VanArtsdalen dreamed of finding a house in the middle of a forest, away from the city chaos and stress. It needed to be big enough to house a blended family of eight. When I first met David and Rachael VanArtsdalen (the owner’s of The Hassmer House), I was immediately drawn to the universal and human elements in their story. I could visibly see they were deeply in love and were passionately driven to follow their hearts and pursue their dreams, which they did successfully.

What the VanArtsdalens wanted most was a new way of living. They were tired of the stress, traffic, concrete and crowds of city life. The obstacle that stood in their way was money, finding the financial resources to make it happen. Their dreams had great elements of risk and required an openness to making difficult decisions and accepting change, all crucial components of the classic story arch. It demanded a lot of sacrifice on their part. However, they were confident that they were being guided by a higher power and pressed forward through the risks. They overcame the financial obstacle and made their dreams come true. The VanArtsdalen experience had all the makings for a great storytelling arch, the plot. 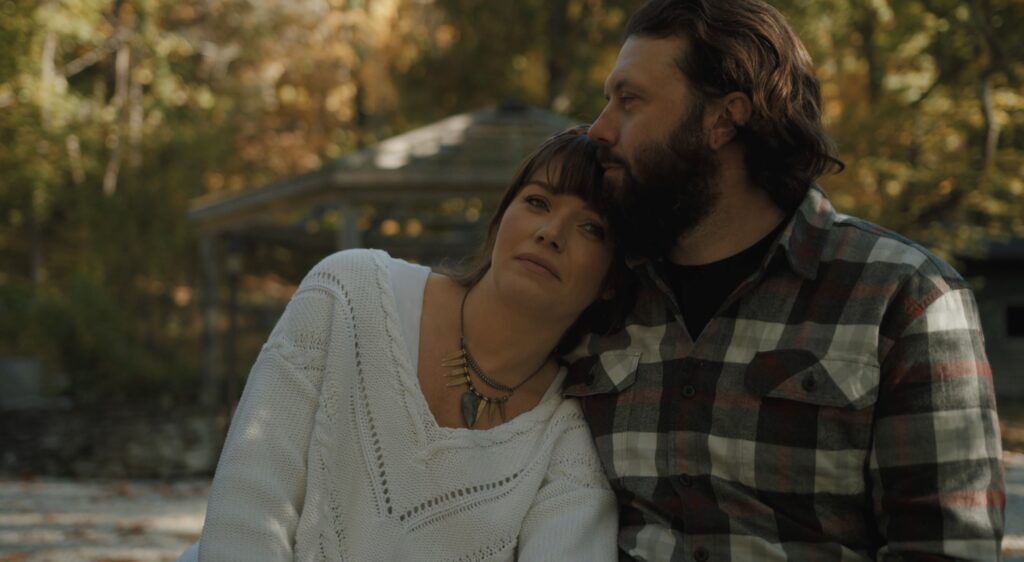 The People of Video Production

David & Rachael had wonderful and contagious personalities that were apparent from the first zoom video meeting. They looked great on camera and knew how to tell their story in compelling ways.  Additionally, the chemistry between them was tangible and enchanting.  At this stage, I was confident that we had two of the four story pre-requisites working for us, plot and people. 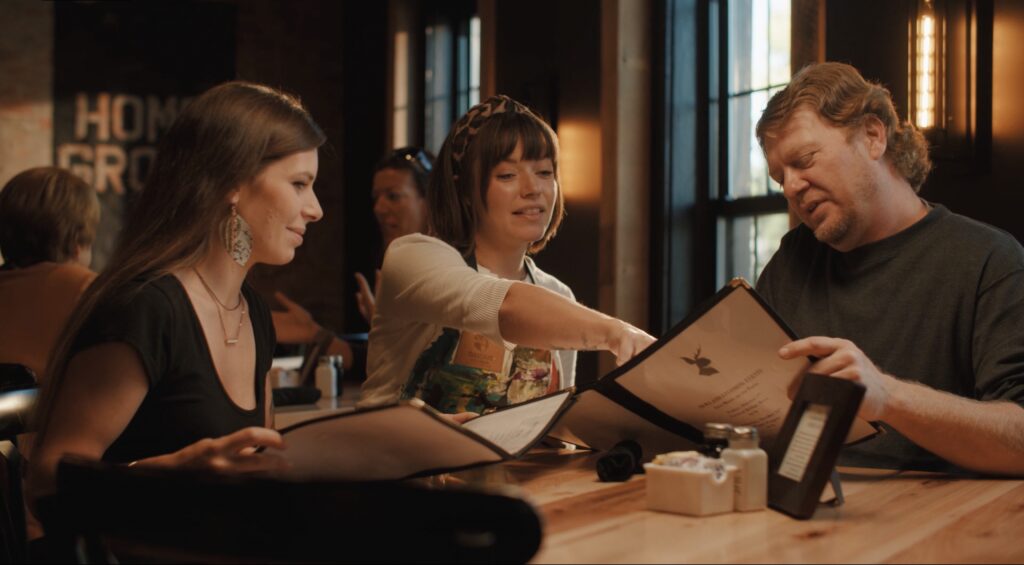 The Places of Video Production

The VanArtsdalen story elements were indeed romantic and compelling.  But I had to decide if their home and restaurant would have the needed visuals to support such a story. Carefully designed sets are not an option in mini-documentary style films. Therefore the quality of the filming locations would make or break a testimonial story. So, I drove to Indiana with a staff member to check out the locations.

Even before we arrived on site, I was riveted by the beauty of the hundreds of acres of farmland and forests that we drove through to get to the VanArtsdalen’s home. The house was far away from the stress and chaos of a big city, one of the things they wanted most. We drove several miles on a dirt road under a thick canopy of forest to get to the house.  It was visually stunning. And once we drove to the bottom of the hill and crossed a creek onto their property, it was like driving into what seemed like the Garden of Eden.

On the left side of the property was a lovely creek running through the valley of a forest with a large gazebo beside it and swing sets and climbing areas for children. A charming pergola, barn, workshop and basketball court sat on the right side. The backdrop to all of this was a beautiful forest with lots of wildlife.

A large and stunning log cabin sat in the center of the property.  The cabin had at least two centuries of character to give it charm and mystic. Upon arrival, the location spoke to me and I knew it had a story to tell. The inside of the house was also visually stunning. The home had tons of large windows through which you could see the wonder of nature all around you, high cathedral ceilings and an open floor plan with large open spaces. Everything in the VanArtsdalen house was charming. It truly looked like a place where dreams were made. I was delighted with the visuals of VanArtsdalen home.

Finally we went to visit The Hassmer House and Inn, an historic and renovated building. It also had nearly two centuries of stories to tell. The building had a great deal of history and featured lots of gorgeous wood tables, walls, floors and a stunning cherry wood bar. I could envision many great camera angles in the kitchen, the bar and the dining room. Even the Bed and Breakfast was stunning.  We had three of the four elements for a great storytelling video: plot, people and places. 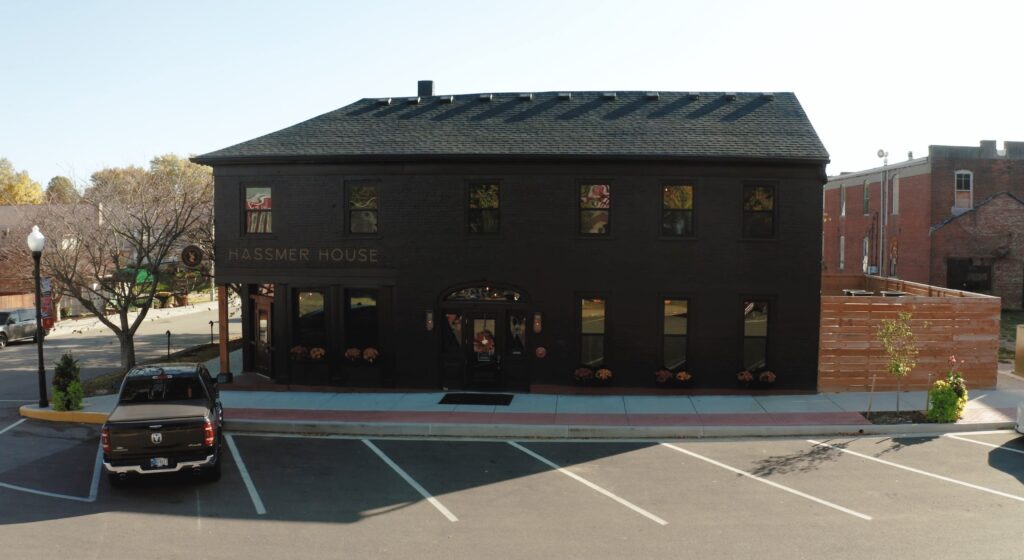 The Purpose of Video Production

What are the goals for the Hassmer House film? What audience is the film intended for? How do we want the audience to think and feel and what do you want them to do after watching the film? Where will the audience be able to view the film? These questions must be answered prior to filming.

The Hassmer House Story was designed to accomplish four things. First, we will showcase the restaurant, the food, the dining room and bar. Second, we will highlight the experience diners have while frequenting the restaurant. Third, we will  highlight the beauty and amenities of the Bed and Breakfast. And finally, we will tell the romantic love story behind how the restaurant came to be. David and Rachael frequently tell the origin story to their customers and customers say they are inspired and challenged to make their own dreams a reality. Storytelling is part of the dining experience at The Hassmer House and Inn. 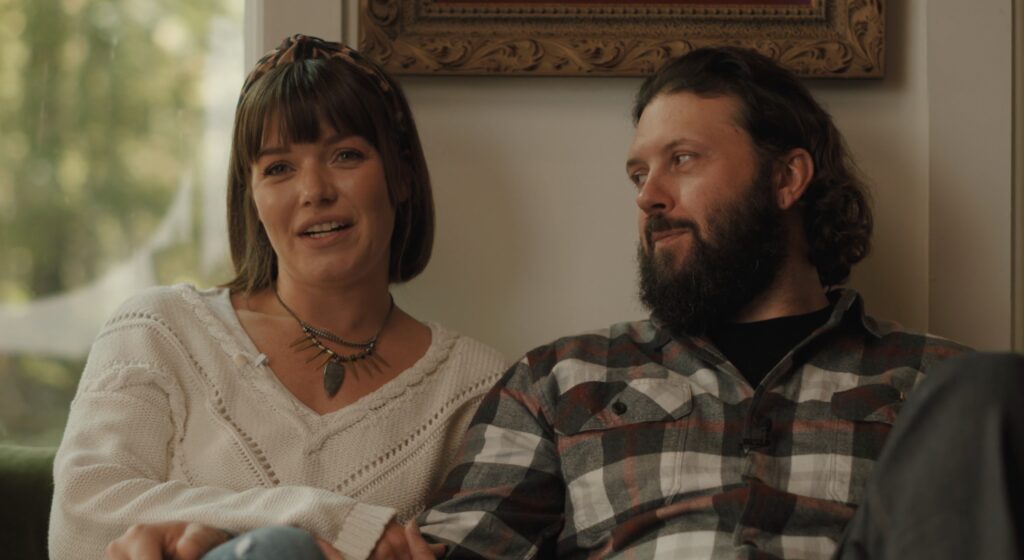 The Hassmer House audience are people who are looking for a local restaurant that offers a great dining experience. They care about healthy eating, love the idea of eating foods that are locally produced and want to avoid fast foods. They are family oriented and enjoy interacting with a friendly staff. The video will be promoted on Facebook and Instagram.

After watching this film, we want the audience to get a feel for the relaxing experience they will have by visiting the Hassmer House. The building looks like an old tavern adorned with aged wood, exposed brick walls and lots of natural lighting. Both the bar and the dining room have a dreamy, community feel. Additionally we want the audience to feel the love, the love of David and Rachael and the love the staff show the customers. And most importantly, we want people to visit the Hassmer House and Inn.

At the conclusion of the discovery process, I was convinced the VanArtsdalen had all four components to a great testimonial film: Plot, People, Places and Purpose. It was time to script and storyboard and schedule the shoot. Watch it and see for yourselves.